2.      Silly socks. Ogres  are dreadful at keeping track of their socks. Breeze has a pair the witches gave him, they giggle when they are lost and are warm when he finds them.

3.      Hair gel. Breeze does not have a lot of hair but he does love making the most of his few strands.

4.     Bubble gum. Breeze once heard a story about a boy who got trapped in a bubble and had an amazing adventure. Breeze is hoping for an adventure. He keeps a giant packet in his house and practices blowing bubbles every day.

6.        A talking recipe book (with good manners). Breeze loves cooking but is slow to read

7.        A night light that chases spiders. Breeze does not like spiders.

Breeze plans on making sure the dog returns home smiling, with icing sugar on his fur

Breeze’s Tip: Always have an adult watch you or to help with the washing up.

Zest of one orange

They were waiting for Izzy to return.  Tulip and Elegant were  in Elegant’s house because she had made some breakfast muffins and bars.

Breeze was sitting at the side of the house chatting to Lovisma when they heard a loud screech.

Breeze saw a flash of pink fairy wings, “Izzy.”  They followed her indoors.

“Why are you as red as a tomato?” Lovisma asked Izzy who darted behind the sofa in the sitting room. She refused to come out.

Izzy whispered, “You should have told me how horrible they can be.”

Breeze frowned. “They are not horrible.”

“Well the ones I met were. The first little girl broke my wand. The second demanded more money. The little boy cried and screamed so much his mum came hurtling through the door with a big white face and waving a frying pan at me.”

Ellen went to sit by her. She put an arm about Izzy’s shoulder. “you weren’t supposed to wake them up.”

“I didn’t on purpose. I had never seen so many things I pressed a few buttons and the rooms were bright, things moved, noises were made, they woke up.” Izzy shuddered. “It was horrible, really really horrible.”

“Sweet dandelion tea is good for shock.” Tulip said and handed a cup to her.

“Thanks Tulip. Something smells nice.” Izzy said. “I am really tired and hungry. I had to fly out of the houses really fast.”

“The breakfast buns were excellent.” Breeze confessed. “So excellent I ate them all. Sorry.”

Everyone swung around to look at him. “Well they were.”

Elegant waved her hand in a graceful manner. A huge plate of breakfast muffins appeared beside her. She glared at Breeze and said, “have one of these Izzy. Breeze has had enough muffins.”

There was silence for a long time until Ellen and Izzy had recovered.

When they were finished breakfast, Izzy said. “I don’t want your job I prefer mine.”

Ellen smiled. “I want mine as well.”

Breeze scratched  his head.  “But I thought you were both fed up with your jobs.”

Izzy said, “I was but it is easy and easy is good.”

Ellen smiled and then said. “You are correct there is nothing wrong with sticking to what you know.”

Breeze felt a little puzzled by this but decided a room full of magic was a little too much for him and he went off to do what he loved to do best, sit in a tree and dream.

Put the sugar, cream, butter and glucose syrup into a medium to large saucepan.

Heat to dissolve the sugar and melt the butter, stirring now and again.
Once dissolved, put a sugar thermometer in the pan, making sure the end is completely covered by the syrup .

When the mixture starts to boil stir occasionally   until the mixture reaches 116C (soft ball) .

Remove the pan from the heat and leave for  5 mins. Add in the vanilla and a pinch of salt.
Keep the sugar thermometer in the pan and begin beating the mixture, until the temperature cools to about 60C until it is thick.

Before it  sets pour the fudge into your prepared tin and smooth over the surface. Leave to cool at room temperature overnight (don’t put the fudge in the fridge )

Having two friends who love cooking is having a big effect on me. I have decided to start work on my own Cookbook. It will be called Mudpile Treats. So far my recipes include:

Clever titles don’t you agree now I have to practice making them.

Though the Hot Cross Muffins did turn out a treat, take a peep, 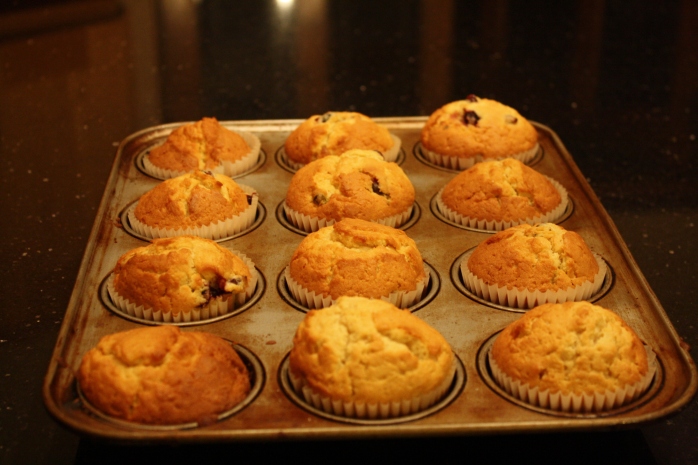 It was the 3rd day of June. Breeze remembered this the moment he woke. The reason why was simple. It was his birthday.

He fell out of his broken rickity bed, got dressed in a hurry singing happy birthday to me. He raced into his kitchen and stopped.

The kitchen table was bare. There was not one gift sitting on it. He felt sad.”No one has remembered.” He muttered as he made his breakfast of oatmeal, apples and fresh spring water.

After eating he felt a little better, perhaps they left it outside, he thought. He peeped out his cave door and saw nothing.  He checked under every bush and shrub on the steep mountain path. He got to the wood and checked the path into the wood. There was nothing. Not one thing dangling from a branch not a muffin or a cupcake. No sandwishes for me today, he thought and decided he should go for a nap.

On the way to the tree he met a rabbit called Bucket. “Please help me I’ve lost one of my children.”

“Which one?” Breeze asked but the rabbit was running away shouting, “I’ll check the rabbit tunnels you checkout the pathways.”

Breeze walked the whole way around the wood, he didn’t find one young rabbit. He thought it rather strange that he did not meet one of anything. “Stranger and stranger,” he muttered.

Then he spotted Bucket  running and hopping towards the mountain. He decided to follow him.

As Breeze climbed he began to suspect he was having a dream. It was the first time in his life when he had not been greeted by many animals and beings singing “Happy Birthday” when he entered the wood.

“I might as well go home and bake my own cake,” he mumbled.

At the entrance to the cave he stopped and sniffed the air. There was a strange smell of sugar and a whiff of what he suspected was sandwishes. “Wishful thinking,” he said and trudged into the kitchen.

“Happy Birthday” The roar from his friends made him jump. He banged his head off the stone ceiling. The mountain shook. Maisie who had accompanied the witches fell into the bowl of birthday orange juice and had to be fished out by Elegant using her wand.  Mrs. Groundsel who had fallen asleep on Breeze’s chair woke when the chair toppled over. Luckily she landed on Lovisma.

Breeze stood rubbing his head and smiling. He began to chuckle. “I thought you forgot.”

Tulip flew up to him, “Of course we didn’t but we needed to get your present ready. Look.”

Breeze looked. “You baked. It is the largest cake I have ever seen. Thank you everyone.”

Hamish was rubbing his back. “It is the heaviest cake I have ever carried. I’m not carrying it back. Let’s eat.”

Breeze frowned then asked. “But why did you need me out of here?”

Everyone moved aside to reveal a brand new giant bed made out of a fallen beech tree.

Breeze didn’t know what to say, luckily Lillian and Lovisma knew what to do, they both clambered onto the bed.

“It’s really bouncy.” They said and they showed how bouncy the thick layer of moss was as they did tumbles and rolls on it.

Breeze thanked everyone and said, “It’s my birthday, lets enjoy the party.” And they did.